Proof of Safe: Starting 2020 with use-cases for SafeCoin cryptocurrency

One of the most talked about topics in cryptocurrency space is “use-case.” I think that most people in crypto agree that mass adoption is the goal of cryptocurrencies in general, with each project hoping to make themselves a household name. Use cases and mass adoption go hand in hand, so a lot of time is spent discussing use cases, but really the term has many meanings to different people and teams. One thing is for sure: the use cases need to be secure and easy, without requiring a lot of tech-knowledge. As 2020 commences, the alt-coin market is likely going to grow. Use cases are likely going to be the driving factor of growth, and the projects that have the best new ideas that are easily implemented will be the leaders of this growth. 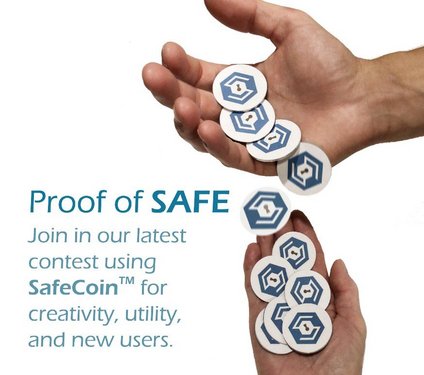 SafeCoin is based on security and safety, hence the name. Those features help the coin’s use cases, with the idea that notarizations make using SafeCoin quick and safe, without the risk of a double spend. But that doesn’t mean that peer-to-peer transactions and point-of-sale are the only use cases. As Safe.Trade grows, SafeCoin is the exchange coin with reduced fees for using SafeCoin coming soon. SafeCoin is also used as a voting token to get listed on Safe.Trade. What else will SafeCoin be used for? Well there are many things on the road map, but as a community driven project with a goal of complete de-centralization, that leads to community ideas for use cases, which we call “Proof of Safe”.

That leads to the question: what is a good use-case? Well, that depends on each person that reads this thinks. As a team, SafeCoin has talked about so many different use-cases it can make heads spin. But as a small team of about a dozen people, we only have so many visions and ideas. The SafeCoin Team has announced “Proof of Safe: 2020” as a contest to get novel ideas for use cases. This isn’t the first time that a “Proof of Safe” contest has been run, and we had several great entries for our first contest. Non-profit ideas seemed to rule, which is an amazing statement for our SafeCoin community; the amount of thought that went into helping communities and under-served people was something we didn’t expect.

So what use cases is the team looking for? We don’t have a specific vision. We are asking for submissions that are creative, useful and that introduce new people to cryptocurrency, especially SafeCoin. The prizes for this contest are going to be huge! The first-place submission will be 10,000 SAFE, which is enough to run your own SafeNode. Second place is also a large amount: 5,000 SAFE, and third place is 2,500 SAFE. In other words, this contest is worth your time. At the same time it doesn’t have to be a big production. The ideas of having family members use the SafePay wallet to pay for babysitting or giving out SafeCoin at the pool on vacation are valid and could win the contest. Submissions only have to be “real” and implemented, so your great idea also has to be started at least. We want things to be fun, but that doesn’t mean it has to be. Submissions can be videos, photos, or just text. Join the SafeCoin discord and get to know the community and the team and get started with your submission for “Proof of Safe: 2020”!