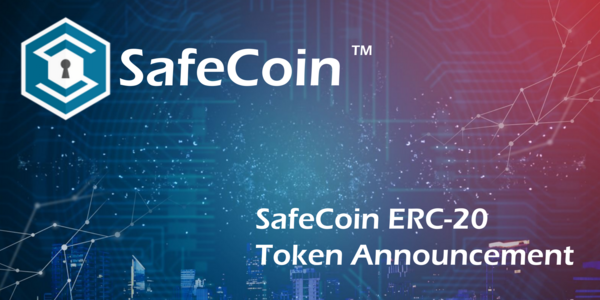 The significance of this event cannot be under-stated in terms of the role this plays in finalizing SafeCoin’s conversion to its new chain, as well as a SafeTrade supported transition to having a highly active role in Defi.

We will have more information on this later, but it should be noted:

Crex24 has been contacted, in regards to a previously stated 151200 SAFE balance at the time of swap expiry.

Our understanding (although outside of our control) is that they will conduct this swap, and re-activate SafeCoin wallets using this backed ERC-20 token. Upon conclusion of previously agreed upon conversions with Crex24 and Graviex, SafeCoin will complete their final SafeCoin burn, reconciling precisely with their swap.

SafeTrade holds custody of and responsibility for this 1:1 backed token, with collateral SafeCoin held at:

We will continue to honor this 1:1 backed token until such time that a Safely constructed DAO can assume the custody role. SafeCoin supply does not change.

Expect this to be the “First” in a long line of Silence-breaking announcements regarding SafeCoin and the many ways we will be using it in the near future.